Learn about The Opportunity Trust's new $100K Reinvention by Community Fund, a fund designed to give direct decision-making power to St Louis community members most impacted by racial and educational inequity

The Opportunity Trust’s Entrepreneur-in-Residence (EIR) program is a two-year incubator that supports future school founders as they design and launch new schools in St. Louis. We aim to select up to two new entrepreneurs each year.

Meet the visionary education leaders currently participating in our Entrepreneur-in-Residence program and learn about the innovative school models they are building in partnership with their community.

Our first cohort of Entrepreneurs-In-Residence are currently preparing to launch schools for the 2021-2022 school year.

About Kimberly
Kimberly began her teaching career as a middle school mathematics teacher with Teach For America in St. Louis. With over 16 years of experience teaching and leading school teams in public and private schools, Kimberly is a flexible leader with an entrepreneurial spirit and unwavering focus on student learning and leadership. Kimberly earned a Bachelor of Science in Human Development and Family Studies from The University of Illinois at Urbana-Champaign and a Master of Arts in Teaching – Multidisciplinary Studies from Webster University. She is pursuing a Doctor of Education in K-12 Educational Leadership and Policy from Vanderbilt University.

The Leadership School’s Vision
Students will lead transformational change for their communities and our world. They will be thoughtful citizens who understand the responsibility of leaders to shape and create equitable spaces.

Read more about The Leadership School:

About Colby
Colby Heckendorn was the school leader of Patrick Henry, a neighborhood elementary school in the St. Louis Public School District for five years. At the time of Colby’s promotion to school leader, Patrick Henry scored in the bottom 5% of all schools the state. While at Henry, Colby led a diverse team of nearly 50 teachers and support staff. By taking a “whole-child” approach, Colby and his team exceeded the goals set by DESE in all three core subject areas by more than 20 points. Attendance increased by nearly ten percent, and enrollment grew by 18 percent. In addition, suspensions were essentially eliminated as a consequence. Colby’s teacher retention rate is one of the highest in the St. Louis Public School District at 93%. Colby has a B.A. in Education from the University of Missouri and a Master’s in Educational Leadership and Administration from the University of Missouri, St. Louis.

About Genevieve
Genevieve Backer, a native to St. Louis, began her career in education as a 2013 TFA corps member in New Orleans, LA. She taught 5th grade at a traditional public school and ranked in the top 1% of most effective teachers, determined by the Louisiana Department of Education Compass Final Evaluation. After three years at George Cox Elementary, Backer was a founding lead teacher at KIPP East Community Primary. Her second-grade students consistently outperformed other network schools on interim tests. She spent a year at Lafayette Preparatory Academy in St. Louis as a founding middle school Investigations teacher, where she created and led a project-based curriculum for 4th-6th grade. Backer has a B.A. in Social Entrepreneurship from Creighton University and a Master’s in Education from Johns Hopkins University.

Atlas Public Schools’ Mission
The mission of Atlas Public Schools is to educate the whole child by combining a rigorous academic program with authentic, real-world experiences so all students thrive in middle school, high school, and beyond.

Atlas Public Schools’ Vision
Atlas envisions a time when all students in St. Louis have the skills and habits needed to be successful in the 21st century, and where St. Louis is heralded as a model of a flourishing, diverse, and empowered community. We believe that high-quality public schools will be the catalyst for community transformation that will result in a thriving city.

Our second cohort is currently incubating their school models through a rigorous research, coaching, and community collaboration process. They aim to launch their schools for the 2022-2023 school year.

About Hollie
Hollie Russell-West, EdD is a native of St. Louis, MO. For over two decades, she has been working with families in St. Louis Public Schools. She started her journey as a substitute teacher, not knowing this is where the path would lead. Her passion for helping and uplifting families through education evolved from the love and support she received from her teachers. They inspired, challenged, and pushed her, all while providing nurturing and support. That is who Dr. Russell-West has always wanted to be for her students. As a teacher, school leader, and member of various committees, the needs, and desires of students are always front and center. After graduating from St. Louis Public Schools, Hollie earned a BA from the University of Missouri-St. Louis, MA in Education from Fontbonne University, MA in Educational Leadership from Lindenwood University, EdS from the University of Missouri – Columbia, and EdD in Educational Leadership from Maryville University.

We Lead Academy’s Vision
We LEAD Academy will prepare a generation of students who author their own futures and contribute meaningfully to their communities and our world.

About Asher
Asher is a Teach For America alum in his seventeenth year in education. He has served in the trenches of urban public education as a teacher, administrator, consultant, and nonprofit co-founder. After teaching for eight years in NYC public schools, he moved to charter school leadership. As CEO at Chattahoochee Hills Charter School in Atlanta, GA where he turned around an academically and operationally troubled charter school. Most recently serving as the CEO of North Side Community School in St. Louis, CA reduced suspensions by 163, instituted restorative practices, and developed a robust online learning plan. Asher has a BA from Penn State University, MA in Teaching from Fordham University, MA in Public Administration from NYU, and JD from Cardozo Law School.


Ali Academy’s Vision
The Ali Academy Community will build successful educational, economic, social, and political institutions that will fight for and achieve social justice for all. We seek to build a network and improve schools across the nation and world.

The Latest in News, Research and More 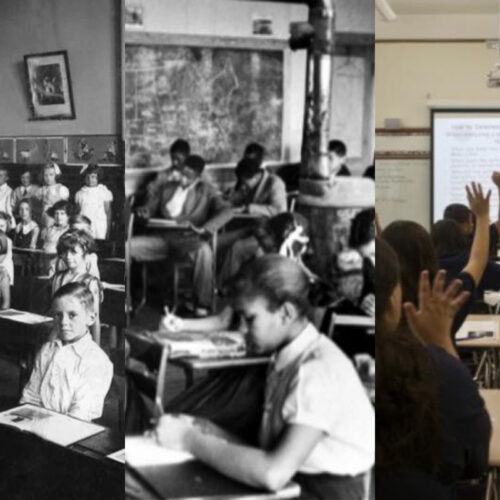 An Historic Election and Opportunity For Transformational Change in Education 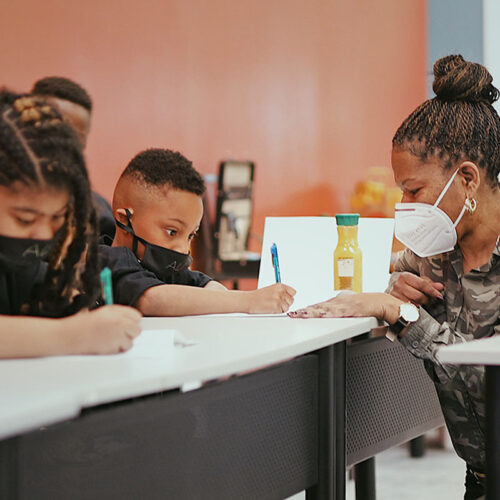 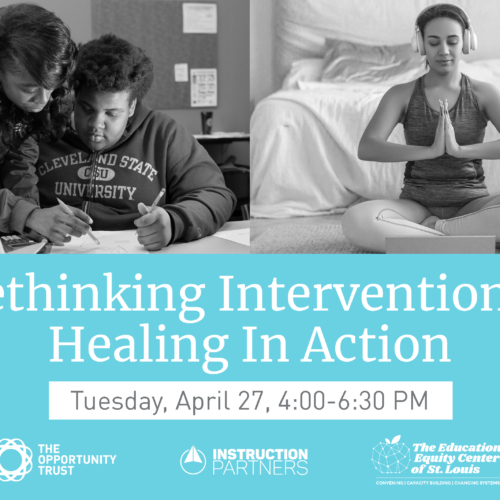 To support educators in both planning to implement strategies for learning recovery and taking... 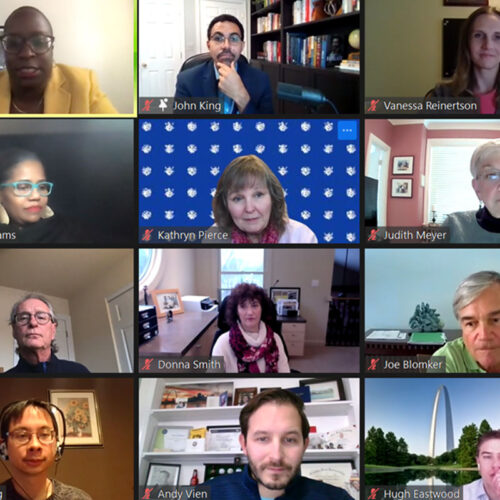 In fall 2020, the Opportunity Trust launched a Board Leadership Academy in partnership with...

Sign up to stay connected so that we can work towards better outcomes for children together.

The Opportunity Trust invests in educators and school systems eager to build the capacity required to make significant and measurable change.

If that's you, check out our opportunities